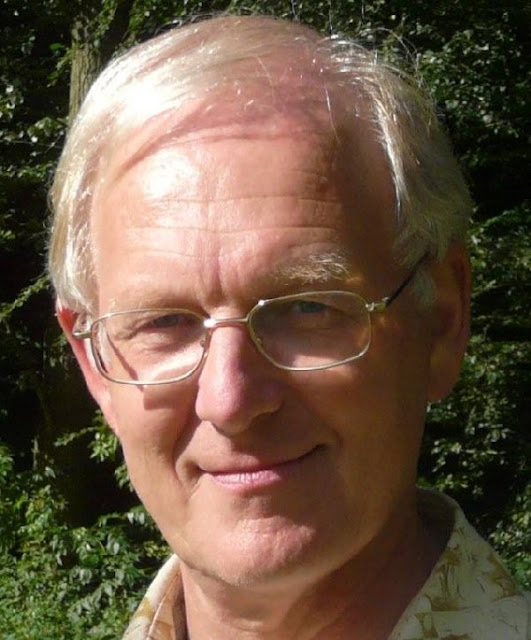 Can you make a choice for a point of view? What I experience is that I am overwhelmed by a viewpoint and that then I am stuck in it. For example, I recently said something in a meeting and later thought: oh, that was far too exaggerated. The whole evening I had a feeling of fear. I was deeply caught in that fear.
So there are two viewpoints: one there in the meeting, one [later] in the evening with that fear. And now you have a new viewpoint. Now you are talking about it without much fear. Where is your freedom? In your own manner of being, now. "Then," you say now, "then I responded like that, then the fear hit me and so I got stuck in it. Now I see it. Now I can judge: actually, I could have done it differently and now I see the fear response of that evening."
Therefore, from this point of view you see that the point of view in the meeting was conjoined to a limited viewpoint. That also applies to your fearful point of view later that evening. To the extent that there is an "ignorance" in it, the event overwhelms you. Afterwards, you take another look. Then you see that there was a limited point of view. What’s your position now? Apparently more spacious.
You can only judge from a higher point of view, with a wider horizon, about another point of view with a smaller horizon or with less knowledge, with less awareness. You determine that that position was related to a more limited situation. Now that you have this overview, you see alternatives. Where’s the freedom? Apparently in the possibility to change positions, to stand on a different point of view with a broader horizon.
That has everything to do with your own awareness. Yes, as being-awareness you apparently have these options. There is freedom in consciousness as self-being. You always have the possibility in your consciousness to distance yourself from a situation. Actually, that happens all the time. Insofar as there is an unconscious conditioning, insofar as there are views that just happen to you, that seems to be a situation of ignorance. Then you are stuck there because you do not know what is happening. Then you say: yes, that overwhelmed me. But a more spacious awareness is possible.
But do you have a choice in that?
You usually notice afterwards that apparently it went this way or that, and that it could hardly have been otherwise. The fact is that here and now you find that it could have been different - if you had had this consciousness then. Because there is more light the reality of the snake disappears and the reality of the rope appears. No one doubts that this is a higher reality. Why not? Because there is more light. Apparently there is the possibility of more light and everyone appears to have that in themselves. Experimentally you determine that. Through this you have a notion that more light can come. You have a "conscience". You've always already known that. You can open yourself up to it. You can be more attentive to it. Your own freedom sits in this orientation and in that fundamental opening.
Then the knowing gradually develops. Then you learn what it means to increasingly recognize yourself as openness. You see that you don't have to dive into a specific position. You see that you’re not stuck to that, that in this vertical perspective you are free. Just continue with that. Just radicalize that insight. Every point of view can be seen as relative from a higher point of view. Where's the end? It can’t be found. There is openness and you yourself are that openness. That was always already present as fundamental freedom from every position.
Gepost door Victor op 13:04 Geen opmerkingen:

You are someone's light (David Lowrie) 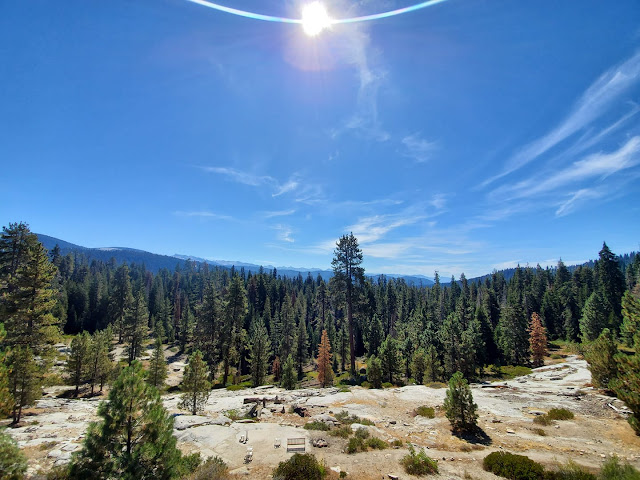 Whether with your smile, your touch, or your words - to think it untrue is utterly absurd. You are the sun that lights up someone's day. Keep being you and lighting the way. 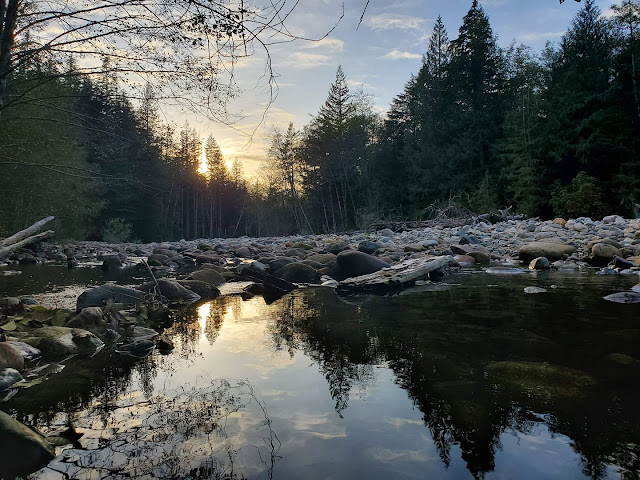 Recognize when the light hits you. Let it smack you right in the face and acknowledge that it is there to illuminate your life. To spark your passions. To spread your love. To carry your soul on the wings of action, determination, vision, power, and love.Recognize when it's just you in the light of love and bring someone else in. Spread the light. Be the beacon. Become the lighthouse. Feel into every dark space inside of you and let it go. Give it to the earth. The grass. The rocks. The trees. The sky. 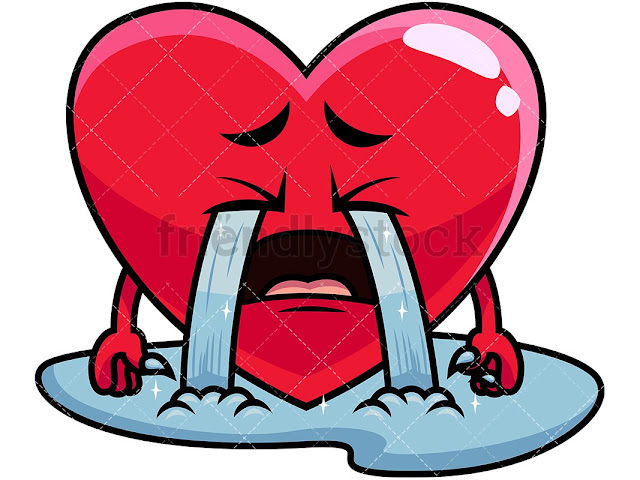 But what if I hate? (David Lowrie) 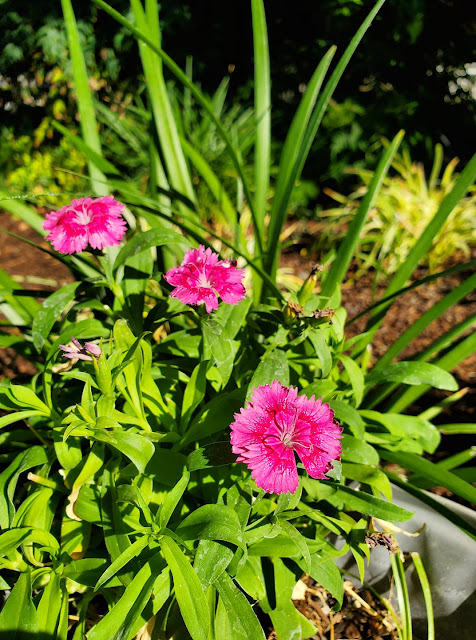 What if I manifest negativity in such a way in my life that everything I know and love goes away? Gets pushed away, by what I say? What I do? How I feel? Is it real? Can it all be so fragile? Can it all be so frail? That my thoughts alone can simply impale, all of my dreams, my hopes, my aspirations? All of my love, my visions, my inspirations?

You're fucking right they can.

And they will if you don't learn to instill - self love, positivity and rays of hope - as the tools you always turn to when it comes time to cope. Let love be the guide. Let hope show you the way. Let positivity take the lead, right now, today.

If you don't, you will suffer and you don't want that. Chase hate away like a cat after a rat. Let negativity float away like a balloon on the wind, burn it to the ground and then you'll begin - to sow the life you've always wanted to lead. With the right mindset, there's nothing you can't achieve.

Change starts now.
Let's support each other and change the world. 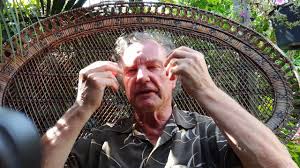 A Personal Letter from Eckhart Tolle 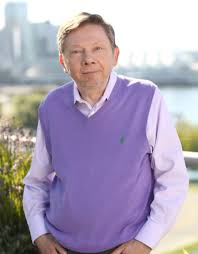 Over the years many people have asked me about finding their purpose in this world and how this connects to spiritual awakening. It’s a very important question.
On the one hand, your life purpose unfolds through the activities that you engage in on what I call “the horizontal dimension”—or the dimension of doing. Many teachings on manifestation focus almost exclusively on this dimension, suggesting that if you get what you want, you will be happy. But that’s a fallacy; everybody eventually finds if they only operate on the horizontal dimension they may get what they want, but it doesn’t ultimately satisfy them.
There is another dimension that I call “the vertical dimension,” or the dimension of Being, which is equally important to be aware of when we talk about manifestation. The mastery of life is to have them both in your life. I sometimes call it the dance between being and doing—not as separate things, but acting together—being and doing as one.
The purpose of this course is to help you realize the connection between outer doing and spiritual realization, and to help you bring the two together.
In this course we will look deeply into the skills, the practices, and, perhaps most importantly, the attitude or posture of conscious manifestation. Remember: the ultimate source of satisfaction in life is to recognize yourself as consciousness. If you miss that, then no matter what you achieve in life, it is not going to make you happy for very long.
The universe has been creating continuously for millions of years. But it may be that the next stage in creating is a very different one from the way in which the universe has been creating for the past few million years. As humanity awakens, so too will our powers to create true change on our planet.
With you on the path, 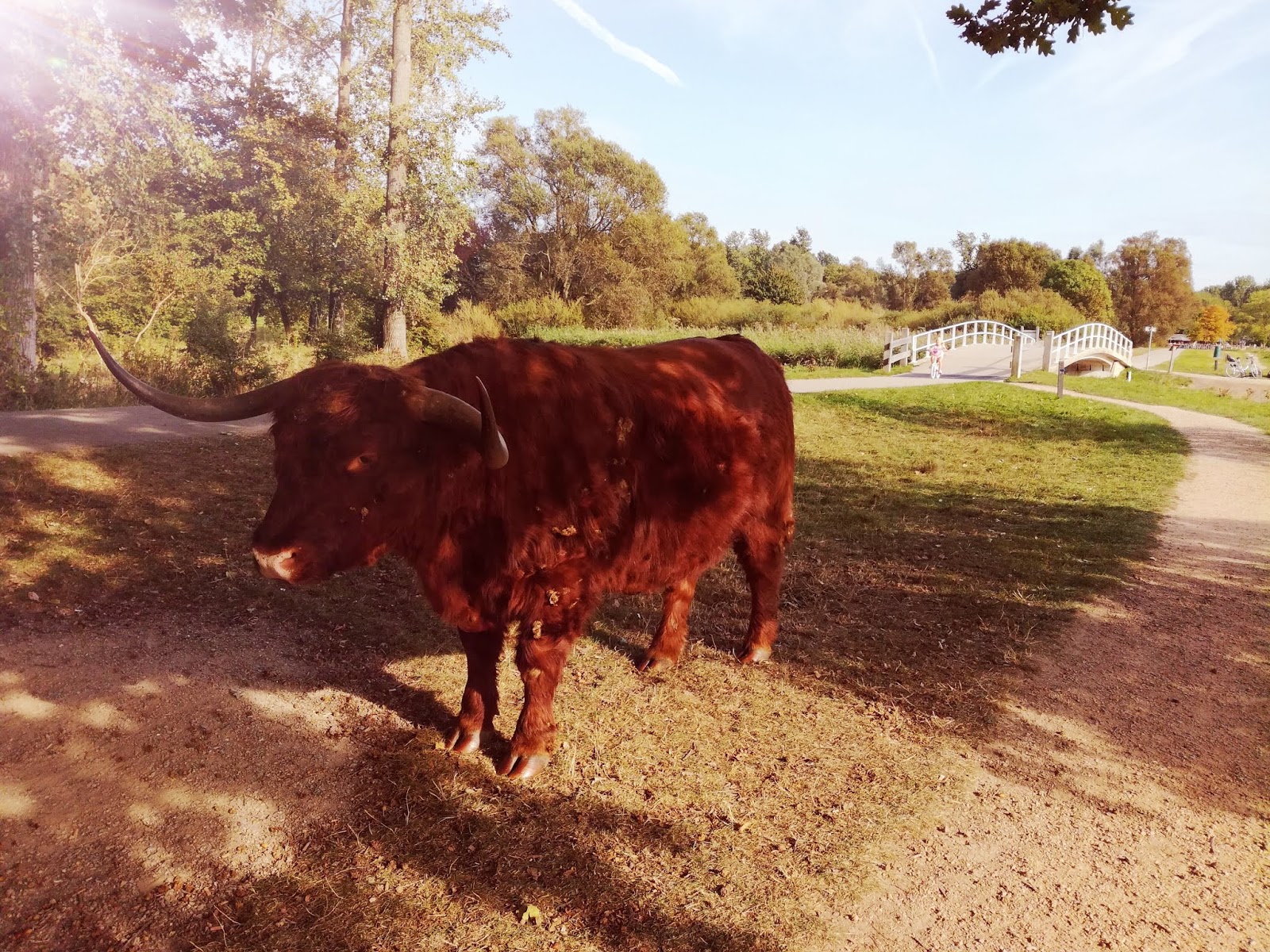 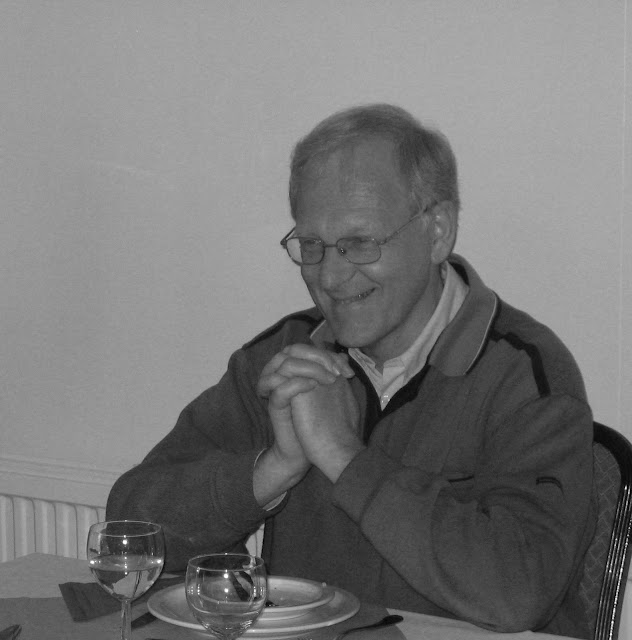 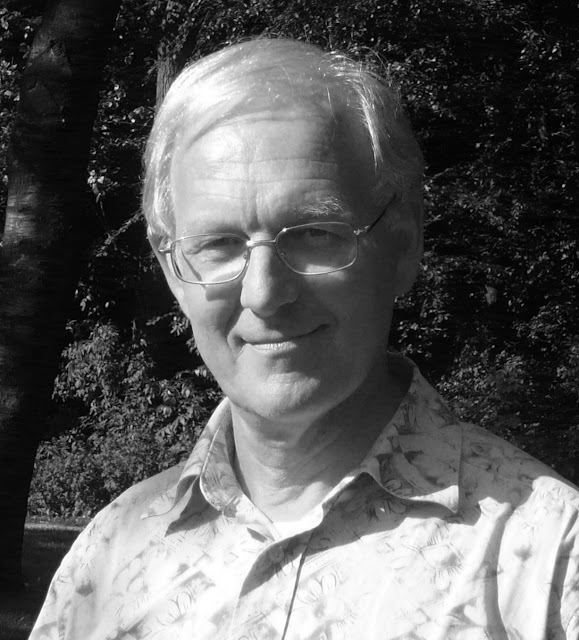 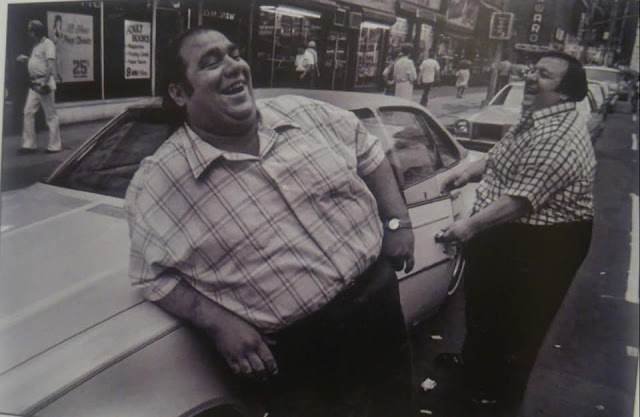 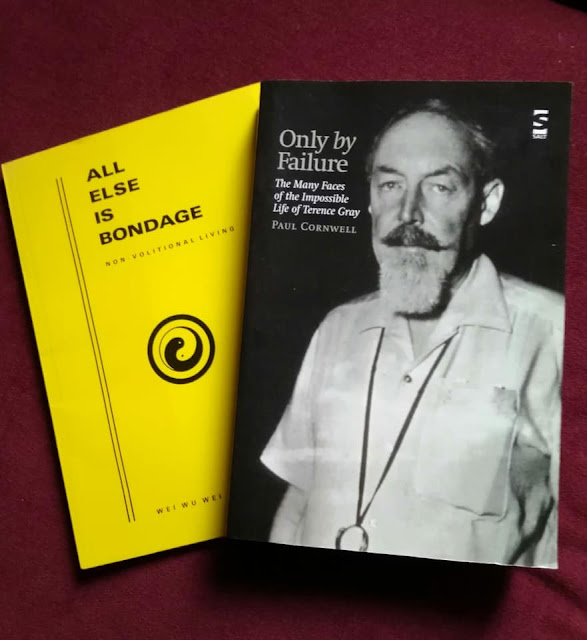 " 'Dharmakaya is just Mind (which cannot be found because sought, it is the seeker); and
'Shūnyuatā (void) is what an eye does not see when it tries to look at itself.
But there is no 'Dharmakaya', no 'Mind' , no Shūnyatā --- no thing whatever to be sought.
And there is no 'thing' to seek any other 'thing'.
Nor is there anyone to experience their total
absence which is also his own."

Out of breath? Take a rest. (David Lowrie) 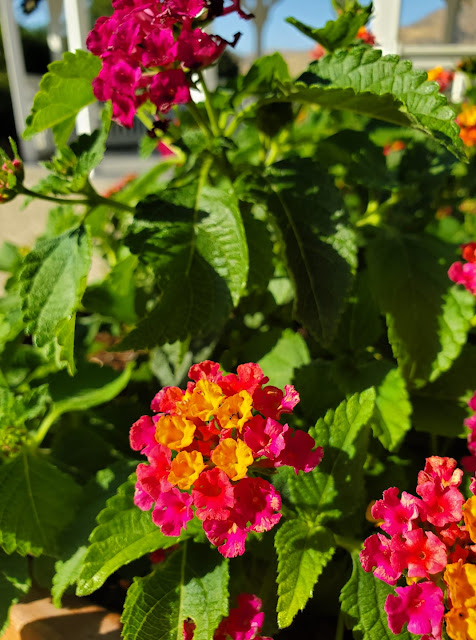 Out of breath? Take a rest. Let yourself breathe and be at ease. Run the marathon, not the sprint. Slow it down and adjust your intent.Make it beautiful, what you envision it to be. Don't make it for him or her or them or me. Love yourself and provide the space - to let things grow - don't smother in haste.Don't move too quickly, for you'll make mistakes - you'll do that anyways - but at half the pace. Always correcting and carrying on, the night is always the darkest juat before dawn.

The love is always the strongest right after a fight. The darker the shadow, the brighter the light. Shine at every angle to reveal each corner of the dark. Love each moment of your life and accept the spark - the spark that ignites your flame and let's you burn forever more. Follow your heart to your dreams, this I do implore. 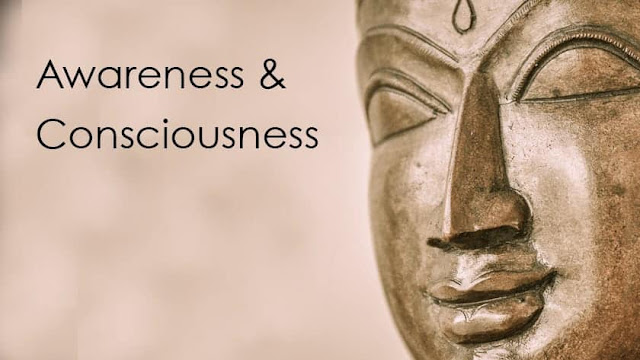 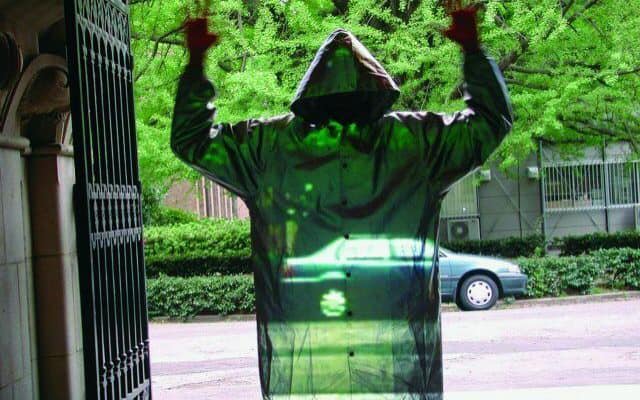 "I am not even consciousness, which is dual and percievable:
I am the unknown Reality beyond." 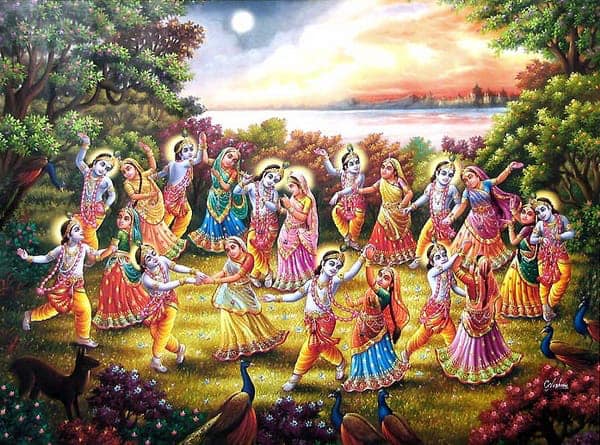 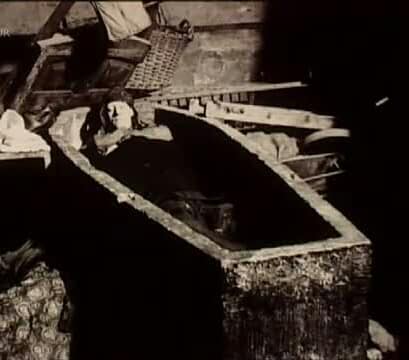 Osho zei: "It's either sannyas or suicide. It's up tot you! 200 kilometer westwaarts in Bombay zette Niz op 14 January 1981 het nog eens een keer helder op een rijtje:
" The capacity of Consciousness is something astounding. I didn't know I was, and suddenly I knew 'I Am'. This 'I Amness' is the power of Maya. (......)
There is nothing happening - nobody is bound -therefore there is no question of liberation.
It is only when one thinks of himself as an individual that he thinks of bondage and liberation. Whatever concepts you have collected in this world are totally useless.
Understand that the total manifestation is the child of a barren woman (......).

Op 30 Juni 1981 sprak Niz voor het laatst. Hij zei: "What remains is only the consciousness without name or form. There is no individual at all (....) the consciousness remains as long as the body is there, but without any individuality.
(.....)It is the unborn only which prevails.(.....)
Even this 'I Amness' will not remain as my friend.(.....) All my knowledge has gone into liquidation. I am not concerned." 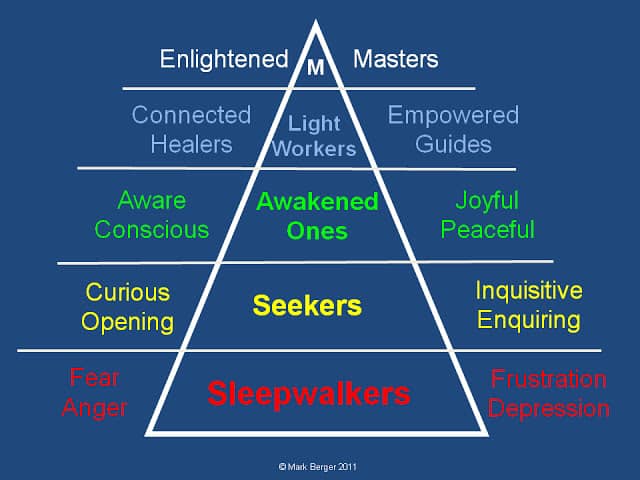 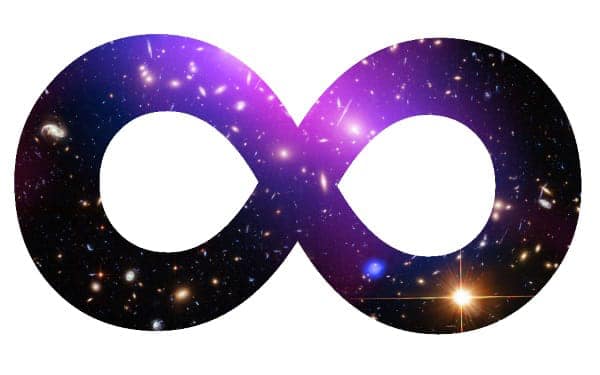 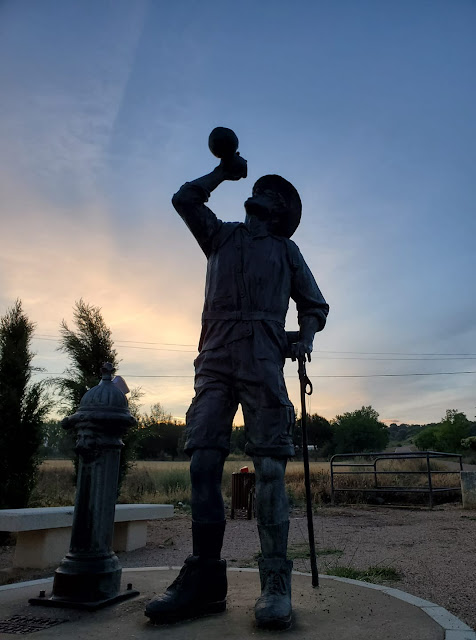 Sweat sweat sweat. Never regret the love that drenches your arms and your pecks. The effort that secretes from each of your pores. The hard work that yes, indeed, is yours.

You are this body, this heart and this mind, search within yourself and find the strength that drips with each new rep. Every mile that you gain step by step.

Every stretch that takes you to your limit. Every thought that tells you that you can win it. Not a race with anyone, but a battle in your mind. The mind that tells you to "slow down, it's fine".

The self sabotage that shows itself clear when it relates you to the weak, instead of the ones you you hold dear. The ones who inspire you to do what you do, not the ones who sit around and that you ought not to.

The ones that you wish to be similar to in endurance. The ones that in a moment will always sieze their chance. Compare yourself to what you want to be, growth can come from just a tiny seed.

Source empowerment, not self hate and loathing. Who cares about the flashy cars and clothing, look to see how they got there. Not the gleam of their teeth or the whoosh of their hair. The heart that beats within their chest, the soul that never seems to rest.

The motivation they have and where they source it, does it come naturally or do they have to force it? Compare yourself, not to their wealth, but to the qualities they have that you see within yourself.
Gepost door Victor op 14:07 Geen opmerkingen: 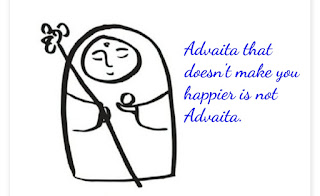